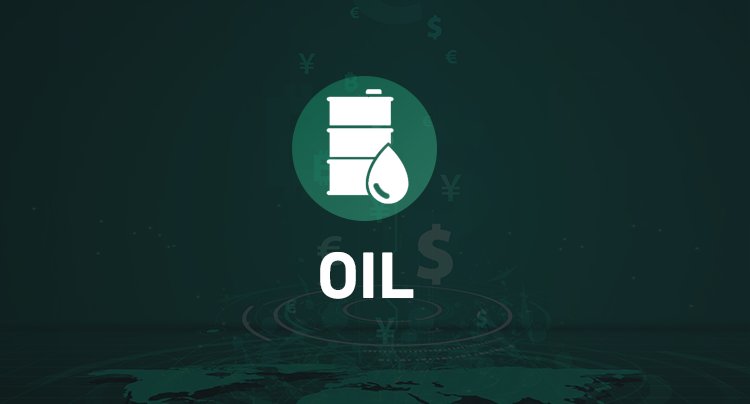 This analysis includes the movements of oil on the daily and four-hour frame, and what is the next direction to watch

The United States of America is determined to form a strong front to reduce oil prices in the coming days, after the OPEC + decision to stabilize production and not comply with Washington's demands
However, most expectations point in the direction that the process of withdrawing from stocks led by the United States will not last long, and that its impact on prices will only occur as a temporary relief that will not last.
Crude oil prices fell to their lowest levels since the beginning of last October, down since their seven-year peak

On the Daily Time Frame 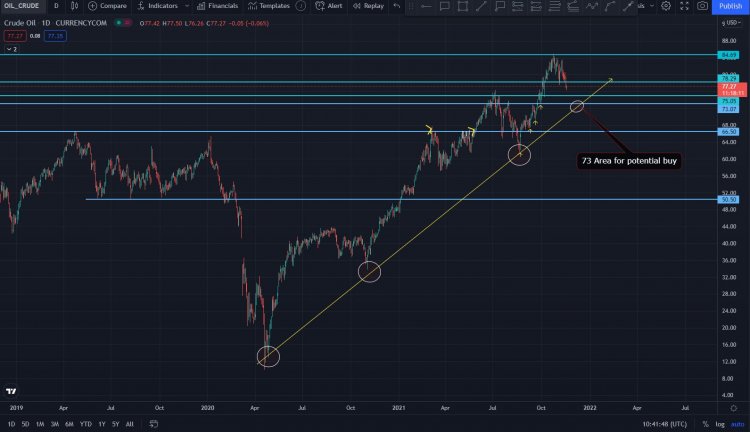 Oil in the long term is still in an uptrend and the last rise from 61.27 went vertically due to the bullish momentum, which enables us to expect a strong correction due to this rise to touch the ascending trend line

In the four-hour Time Frame 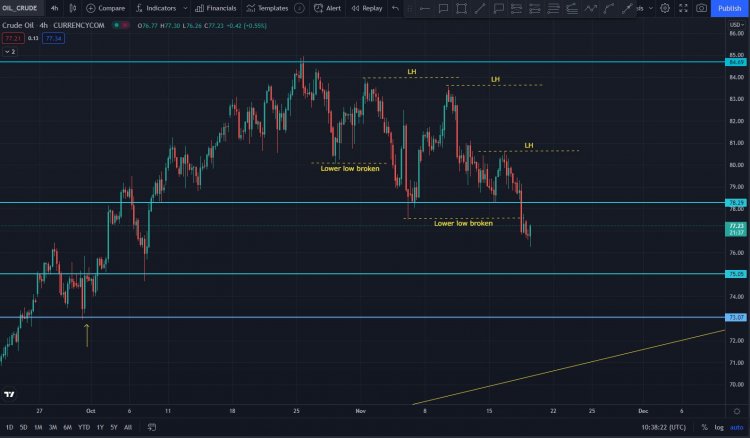 On the technical front, oil is down about 4.40% this week, recording a new low at 76.2
On the four-hour time frame, oil is forming new bottoms and higher declines, which indicates that the trend is down
It is possible to rebound correctively to touch prices 79 before falling again, and the expected target for the correction is at the price of 75
And it is possible to visit the price of 73, and this indicates that the general upward trend line is also touched on the daily frame