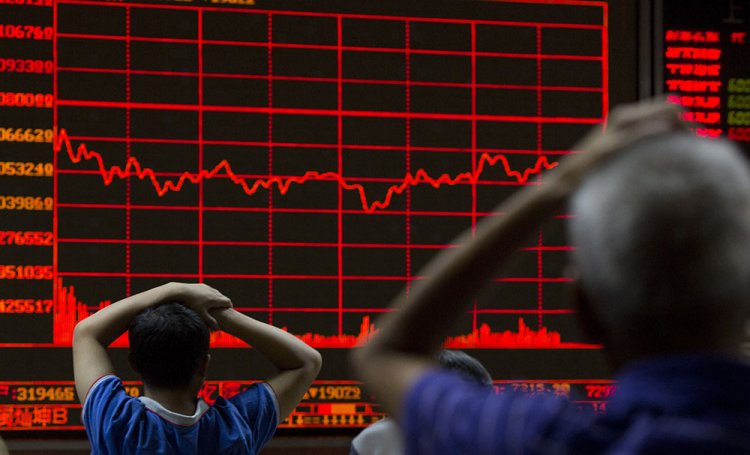 Is the Forex market vulnerable to collapse?

The foreign exchange market will not collapse completely overnight, even if certain currencies are subjected to sharp declines from time to time. There are two main types of price collapse, one is a long-term decline, and the other is a real-time decline. Long-term declines last for months or even years, while short-term collapses occur within a few seconds, usually not more than an hour.

The entire Forex market cannot collapse, but some currencies may collapse at any time.

The sharp decline in the currency market is different from what we may see in the stock market because the decline in the foreign exchange market usually affects a particular currency, not all currencies.

The difference between stock market collapses and forex markets

For example, the decline in the Standard & Poor's 500 index often leads to a sharp decline in most shares of companies listed on the index, and this applies to all stock markets and other indices.

On the contrary, the collapse of the currency market usually affects a currency, such as sterling or USD, and is usually caused by unexpected events that shock investors and urge them to sell the currency as soon as possible.

However, foreign exchange transactions usually include two currencies, such as the GBP/USD pair, i.e., sterling against the US dollar, which means that the US dollar will rise while the pound will fall.

Based on this position, although the value of sterling buyer deals will fall sharply during the above collapse, those on the other end of the deal will make huge gains in sterling after taking advantage of the appreciation of the US dollar against sterling.

This applies to any other currency that may collapse, as the corresponding currencies will make significant profits at the same time as the value of this currency declines in the Forex market.

This means that the Forex market contains many currencies, each currency represents a different country, it is impossible for the entire market to collapse because each currency trades in one pair against another, so the corresponding currency will benefit from the collapse of the other currency.

Having made it clear that the foreign exchange market will not collapse completely overnight, even if certain currencies are subject to sharp declines from time to time, let's take a look at the most significant currency market collapses of the past few years.

At first, we mention that there are two main types of price collapse, one is a long-term decline, and the other is a real-time decline.

Long-term declines usually last for months or even years, while short-term collapses occur within a few seconds, usually no more than an hour.

Regardless of the type of price collapse, the currency investors concerned bear significant losses that can sometimes result in the loss of their entire accounts.

The long-term currency collapse usually lasts for a long time, often associated with the general socio-economic conditions of the countries concerned.

These currency collapses often occur when the countries concerned face a serious crisis such as a military coup, a break from inflation control, or other major economic challenges.

For example, the severe crisis in Venezuela's currency, where the value of the bolivar declined due to U.S. sanctions that mainly targeted the country's oil industry, which is the main source of foreign currency in Venezuela.

Long-term currency crises often occur in developing countries where there are no strong institutions, often governed by autocratic rulers who pursue populist policies that are unacceptable to investors, which ultimately have a negative impact on the country's economy and can lead to its collapse.

On January 2, 2019, Forex traders were shocked by the sudden collapse of the Japanese yen, when the Japanese currency rose between 3% and 5% against other currencies, including the US dollar, in just eight minutes.

This sudden jump resulted in traders with open positions in the yen taking losses or making significant gains.

The jump lasted for a short time but caused significant damage to most traders as it resulted in the activation of stop loss orders in their short trades and in some cases resulted in the whistleblowing of some accounts in just a few minutes.

Most currency analysts attribute this sudden jump to automated trading systems, especially given the lack of exceptional economic or political events that could explain the sharp collapse over the Japanese weekend.

Some experts point out that the price drop occurred between 5:00 a.m. and 6:00 p.m. New York time, commonly referred to as Magic Hour, due to a lack of liquidity during that period due to the closure of the New York markets while markets in Japan were not yet open.

It is important to note that real-time collapses in forex markets are not new because they have been repeated many times in the past, although as mentioned above, the Forex market is not experiencing a complete collapse at once.

In general, however, it is interesting to note that the frequency of instantaneous and unjustified collapses without obvious reason has recently become a recurring phenomenon, so we always recommend that you follow the appropriate risk management rules when trading the Forex market so that you do not suffer significant losses when instant collapses occur.