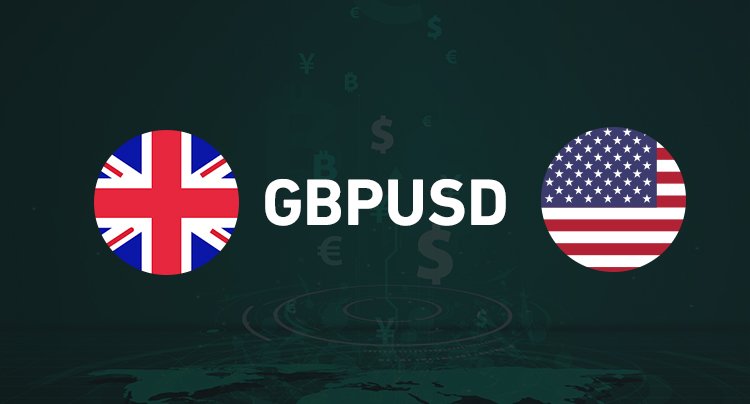 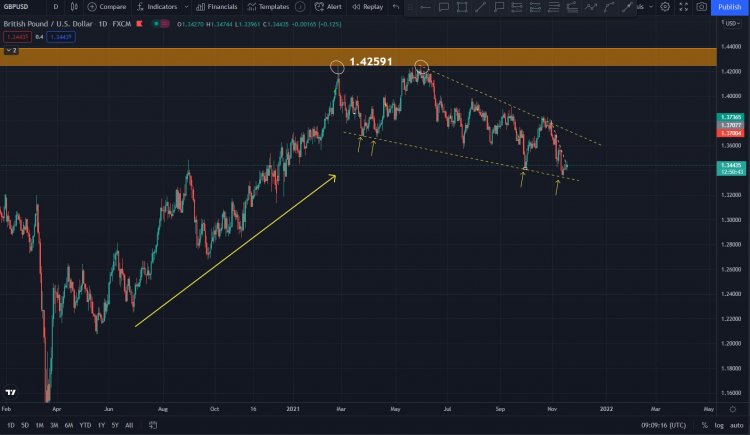 The pound against the dollar on the daily chart is still in a general bullish trend, and the rebound from the resistance line 1.42591 is corrective, but it is complex in the form of a descending triangle, now the pound is trading at a support line for this triangle 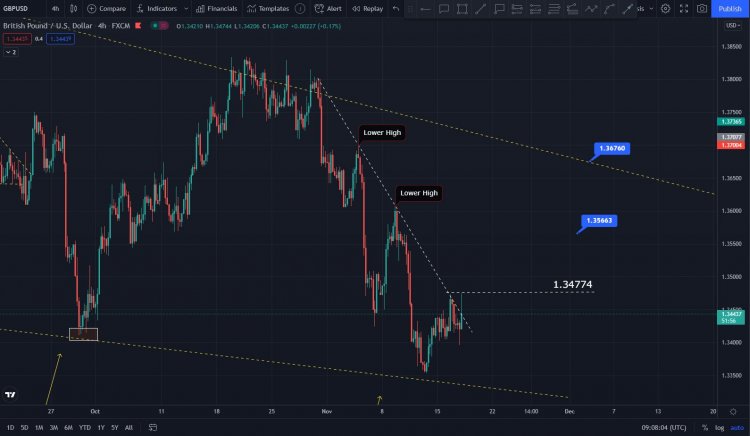 On the four-hour chart, the pound is still negative against the US dollar and is heading to the downside because of the lower tops it forms and new bottoms as well.
We have a resistance line that the pound finds difficult to breach, in case it is breached, we must wait for the confirmation signal for the retracement, which in turn is applied when the price 1.34774  is breached and closed above it.
In the event that this scenario takes place, we could witness the pound rise correctively near the previous top, near 1.35663 prices.

The British Consumer Price Index data released a positive reading at the current rate of 4.2%, higher than the estimate of 3.9%.