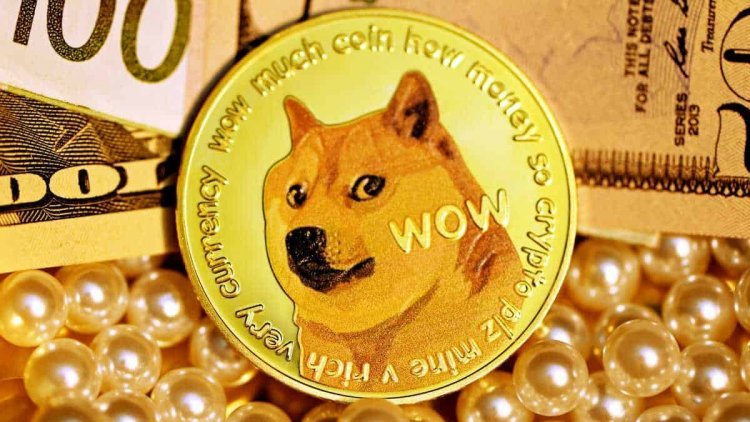 Dogecoin is one of the digital currencies that has become very popular in the field of cryptocurrencies recently, it is true that it's not the best in the market because the digital bitcoin is the best so far, but the data related to it shows that it has a great potential.

This is a virtual digital currency, that is electronically traded and not available in any tangible way.

The Doge Coin hasn't been around for long, as it was first released by programmer Billy Marcus and marketer Jackson Palmer in 2013 as a joke based on the Doge meme.

Palmer separated from the project in 2015, but Marcus remains its lead developer today.

Due to the widespread acceptance of the coin, its developers have taken it seriously even though its creation was just a joke at first.

The coin  has a dog symbol, which distinguishes it from other digital currencies in the market. Its speed of production, its market value currently exceeds 6 billion US dollars.

Despite the proliferation of different types of digital currencies, the Dogecoin is very popular in the digital market.

Dogecoin is based on cryptographic algorithms that are difficult to imitate or encrypt, like its counterparts from other cryptocurrencies.

It is impossible to hack the buying and selling operations since it's traded within the blockchain without the need for a financial intermediary.

Dogecoin is based on mining operations, which are carried out through a computer server,that enable the user get new coins every time.

Cryptocurrencies in the current market have certain mining limitations, but dogecoin does not have a specific minting limit.

In 2014, Dogecoin was merged with the digital currency Litecoin, this means that anyone can mine Dogecoin without the need for any additional work once they are mining Litecoin.

Dogecoin has a good purchasing power, which enhances its use for trading through the Internet.

Despite its advantages, some of the disadvantages of the Dogecoin currency cannot be denied:

To invest in the Dogecoin currency through cryptocurrency exchanges, there are several ways:

Buy Dogecoin and keep it for resale.

Things to know before investing in Dogecoin

Those wishing to invest in this electronic currency should know several things about it:

It is not limited:Unlike other electronic cryptocurrencies, Dogecoin does not have a specific production limit.

Based on the latest figures, there are currently over 129 billion Dogecoins.

useless:
Since Dogecoin cannot be used at the moment in buying and selling operations, and since it is not linked to clear projects or contracts, it is not of any use.

Difficulty in selling it:

The process of selling Dogecoin currency takes a long time to complete.

Since 28% of the Dogecoin is in the hands of major shareholders, they can easily control its price and thus move market trends up or down.

Not viable for investment:
Investing in Dogecoin is like gambling or the lottery since its price goes up or down for no real causes.