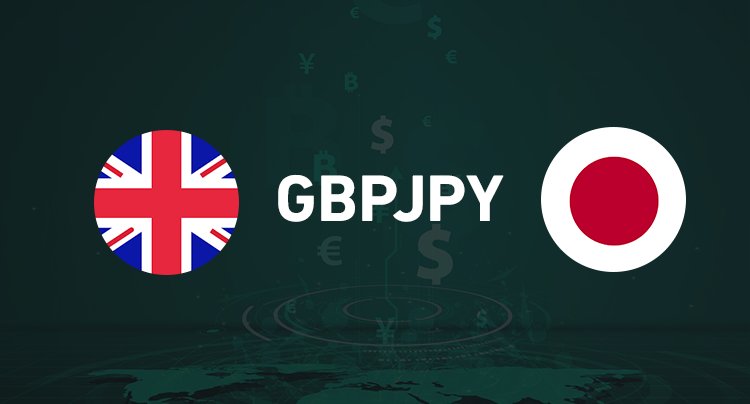 This analysis includes the price movement of the British Pound against the Japanese Yen on the daily and four-hour frames, and expectations about the future movement and market direction

The British pound against the Japanese yen

On the daily time frame 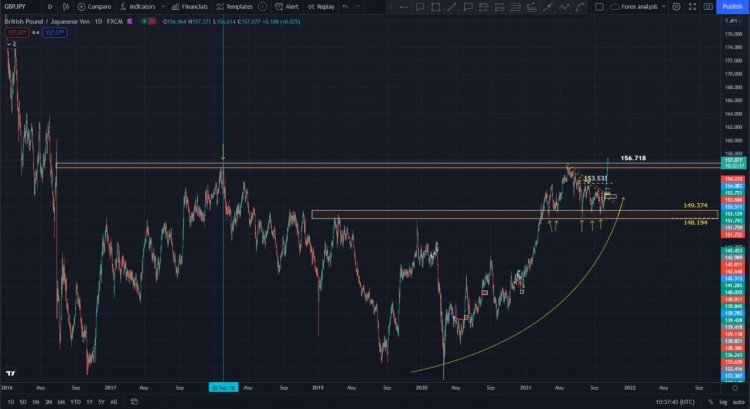 The Pound sterling against the Japanese yen rose last week by 2.82% to break its nearest high at 156.718, which hasn't been breached since 2018.

The decline of the Japanese yen contributed significantly to this rise.

On the 4-hour time frame 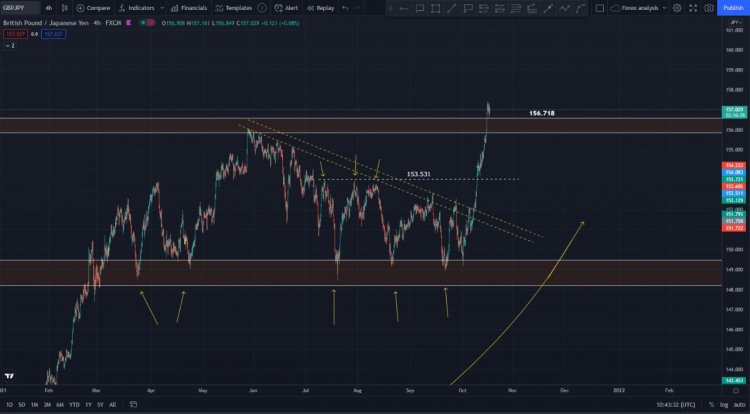 As we mentioned in the previous analysis of this pair, if the downward resistance line is breached, it will be the first positive sign, and to confirm the bullish scenario on this pair, the price of 153.531 will be breached.

Now the pair is overbought and it is better to wait for the correction before going long. This analysis is an update on the previous analysis.