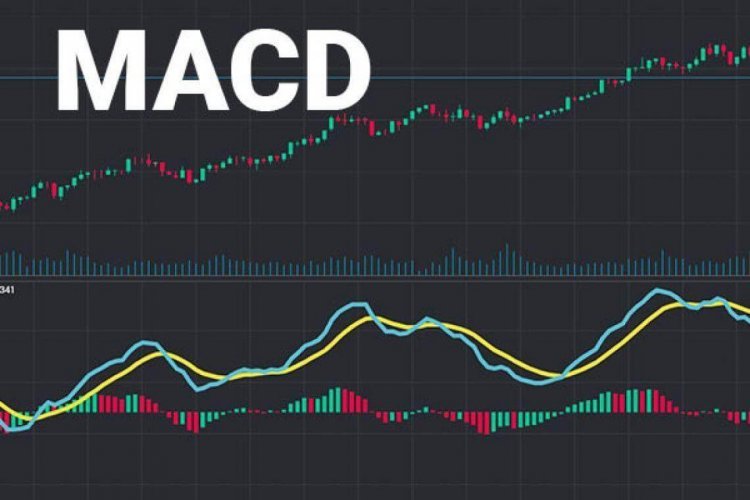 The MACD indicator is one of the popular technical analysis indicators and is the most popular after the moving average. This tool is used in both simple strategies for novice traders and advanced systems for professionals, but what distinguishes the MACD from other indicators and how it can be adjusted according to the schedule and Use it correctly in trading?

The history of the MACD indicator in forex

In 1960, Gerald Appel created the MACD - Moving Average Convergence Divergence, a moving indicator that is an essential tool for any forex trader, regardless of the strategy they follow.

Characteristics of the MACD indicator in forex

MACD is a frequency, but it is also called a trend indicator or “trend oscillator” because the MACD indicator is built on the readings of two moving averages that are directly reflected on the chart.

The MACD indicator itself appears in a separate window at the bottom of the chart and looks like a bar graph with auxiliary lines.

The graph shows the degree of divergence between the two moving averages, when one moves away from the other, the bars of the chart get bigger and vice versa.

If the histogram is built above the zero line, this means that the moving average is moving quickly above the slow levels and is gradually rising.

If the bars are aligned from zero and below, the downside is fast i.e. downtrend.

The auxiliary line in which the charts periodically intersect in the indicator window are moving averages and depend on the MACD chart instead of the price chart, and this line is created to receive additional signals from the indicator to avoid confusion, and it is called “Sliding MACD”.

Calculating the MACD indicator in forex 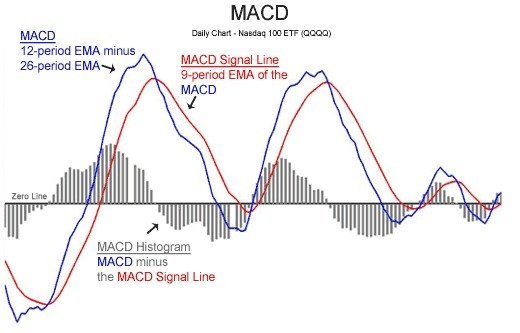 The MACD indicator is calculated by subtracting the 26-day EMA from the 12-day EMA.

In addition, the MACD indicator also has a 9-day exponential computing average called the signal line.

The most popular time frames for measuring MACD indicators using exponential moving averages are 12, 26 and 9 (this is the number of days for which the moving average is calculated). 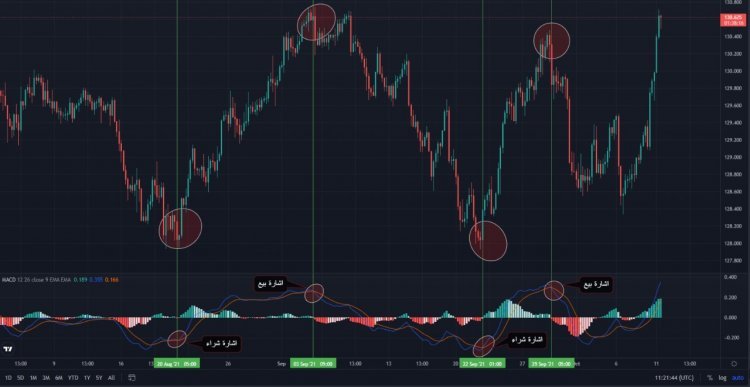 The simplest MACD trading strategy does not require you to install any additional indicators, one tool signal is enough to find an access point to the market.

Transactions based on this strategy are opened as follows:

Since the MACD itself is an oscillator, other indicators can be used with it to increase trading efficiency.

Using the moving average MA is the best tool for identifying trend indicators, the simplest and the most effective.

Buy/sell signals in such a system are as follows:

A sell trade starts when the price on the chart moves from top to bottom and the chart moves in the same direction.
The buy trade starts when all intersections are shown from bottom to top.
The fact that indicators filter out other signals reduces the number of false entries in the market, despite the fact that this system can also offer unprofitable transactions, they will be compensated by significant trend strength.

Comprehensive strategy with the addition of MA and RSI

The rule of “more measures, better” is not always right, but technical analysis experts advise adding about 5 measures to your schedule, but we will talk about three indicators: MACD, MA and RSI.

In this case, the use of two oscillators is justified as long as the MACD helps determine the direction in which to start the transaction and the RSI determines the best entry point.

Trades related to buying are opened based on the overall strategy according to the following conditions:

The Relative Strength Index (RSI) plays the role of a strong filter on the side of opening short transactions, as it does not allow entering the market too late, and the MA and MACD limit false entry in the overbought and oversold areas of the RSI indicator itself.