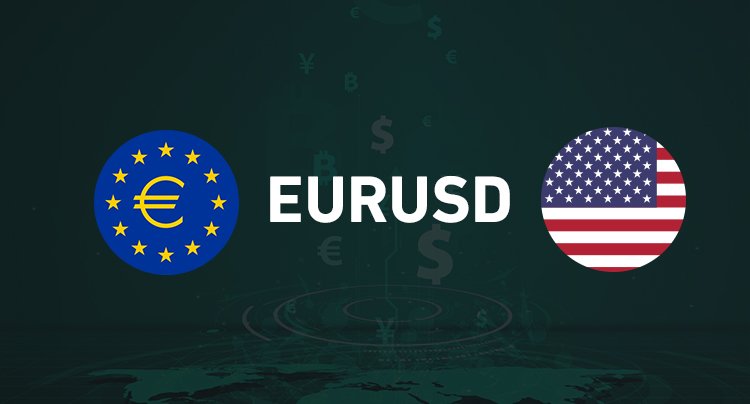 This analysis includes the price movement of the Euro against the US dollar on the weekly, daily, and four-hour frames, and expectations about the future movement and market direction 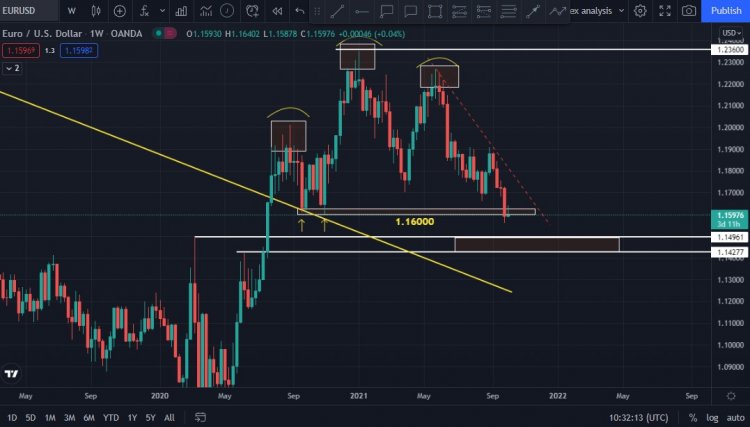 The euro against the dollar is breaking an important support line, which is also a psychological level, which is the price of 1.16000. And the next destination is at the prices of 1.14961, but of course, with respect to the conditions that we will mention in the analysis on the four-hour time frame. 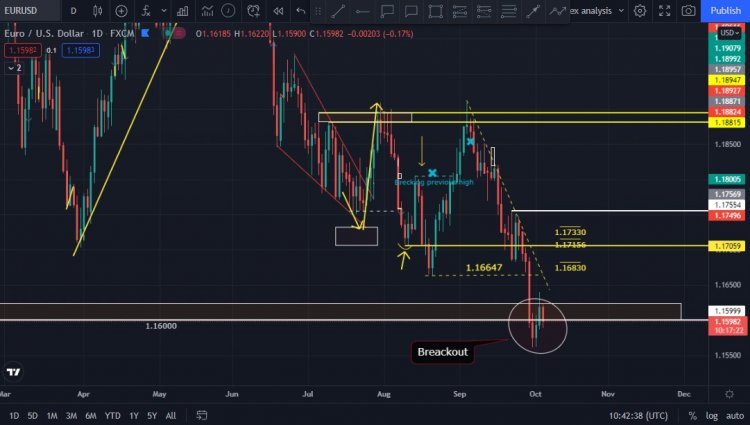 The dollar's rise pushed the euro down to breach the 1.16000 price and close beneath it, a bearish signal for this pair, especially with the dollar's rise. 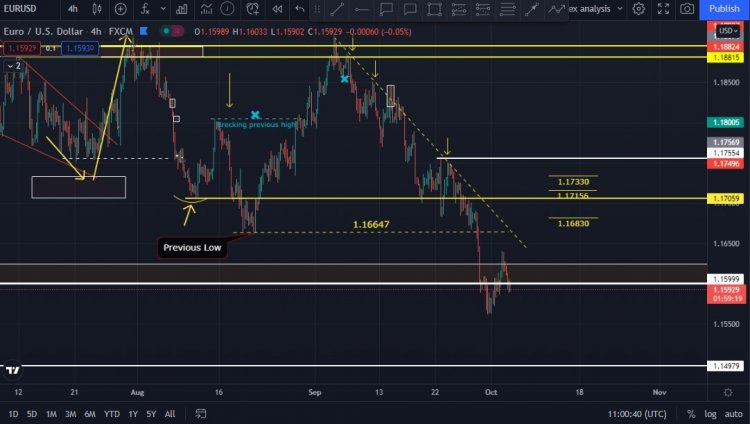 On the 4-hour time frame, the euro is heading downwards respecting the resistance line.

The euro against the dollar is facing two scenarios, but the bearish scenario is the closest.

Breaking the 1.16000 price and forming a new low is one of the most important bearish signs on this pair, which supports the bearish scenario.

To maintain this scenario, the areas that the euro should gradually respect are:

-The 1.16830 price as a second resistance line which represents the 61.8% level of the Fibonacci tool.

-The 1.17330 price as a third resistance line which represents the 78% level of the Fibonacci tool.

-The price of 1.17330 as a fourth resistance line, which represents the 88% level of the Fibonacci tool.

-The possibility for a drop is if the price of 1.17554 does not get breached upwards.